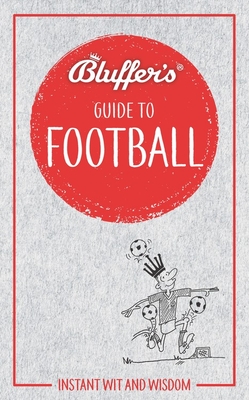 
Special Order—Subject to Availability
Instantly acquire all the knowledge you need to pass as an expert in the world of football with Bluffer's Guide to Football. Never again be found wanting when asked what Albert Camus said about the ‘beautiful’ game, why a rotation system is not to be confused with a revolving door management policy, and why an impressive collection of trophies is no way to describe the perma-tanned WAGs in the directors’ box. Bask in the admiration of your fellow football lovers as you pronounce confidently on the merits of English ‘pluck’ over German ‘efficiency’, and hold your own against the most insufferable of football know-it-alls. Above all, know how to avoid the game’s myriad clichés, and never be tempted to say ‘Football’s football; if that weren’t the case then it wouldn’t be the game that it is.’

Mark Mason is a supporter of Coventry City FC. Despite this fact, he retains a strong interest in the game. His own skills on the football field can perhaps be most charitably described as ‘non-existent’. His one and only shot on goal, in a school match at the age of 12, was a mere matter of inches wide – of the corner flag. He has penned football articles for a variety of newspapers and magazines, as well as produced documentaries on the subject for the BBC. He had hoped that interviewing players would cause some of their magic to rub off on him. Anyone who sees the look of terror in his eyes whenever he has to kick the ball back to a group of six-year-olds in the park will know that it hasn’t.