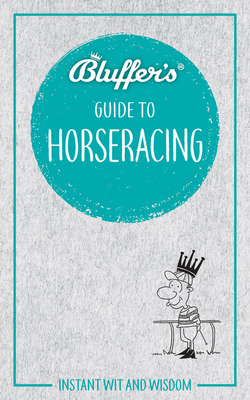 
Special Order—Subject to Availability
Instantly acquire all the knowledge you need to pass as an expert in the world of horse racing. Know what to say, what not to say, what to back, when to bet, and why you should never be tempted to invest in a thoroughbred without enquiring if it has ‘got a leg’. Never again confuse an exacta with a trifecta, a hurdle race with a steeplechase, or an ante post with a winning post. Easily distinguish between ‘going’ that’s ‘good to soft’, or ‘heavy’, or not going at all as in the case of a racecourse that’s just closed. Bask in the admiration of your fellow racing aficionados as you pronounce confidently on a range of turf-related issues, and hold your own against the most arrogant and dismissive of so-called racing experts.

Twice voted Horserace Writer of the Year, David Ashforth has reported on races from around the world but somehow always seems to end up at Brighton Racecourse. A horse rider himself (Radnage House riding school, Wycombe Hospital), only an absence of ability prevented him from staying on. Instead, during over 20 years with The Sporting Life and Racing Post, he commented freely on the shortcomings of professional jockeys, particularly when failing to win when selected to do so. He still believes that Joe Mercer should have won the 1978 Cambridgeshire on Claudio Nicolai.