Hangover Helper: Delicious Cures from Around the World (Hardcover) 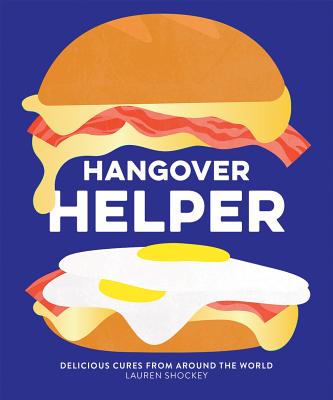 Hangover Helper: Delicious Cures from Around the World (Hardcover)


Special Order—Subject to Availability
Hangover Helper is a playful cookbook filled with tried and true recipes to cure your hangover, collected from culinary traditions from around the world. Each of the over 50 recipes will include a rating system that will indicate how easy it will be to prepare when hungover. Some dishes, such as the Bacon, Egg and Cheese or Pepperoni Pizza Bagel, can be made even if still drunk the following morning! Others will make use of traditional pantry staples and leftover classics to whip up dishes on the fly, like Bacon Kimchi Fried Rice. Also included are brunch cocktails for a hair-of-the-dog approach, alongside non-alcoholic beverages if you're going full-detox. Of course, having a hangover is not be a requirement to enjoy them – this is just as much a book for armchair drinkers as it is for world-weary tipplers!
Lauren Shockey is a food writer and trained chef whose first book, Four Kitchens, recounted the year she spent learning to cook in restaurants in New York, Hanoi, Tel Aviv and Paris. Formerly the restaurant critic at The Village Voice, she has written for print and online publications including The New York Times, The Wall Street Journal, Travel + Leisure, Saveur, Slate and many more. She lives in New York City with her husband and son. Say hello to her online at www.laurenshockey.com or @LDShockey.