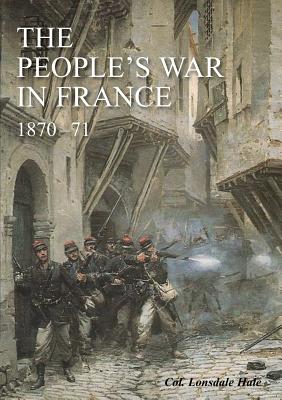 The Franco-Prussian War was caused by Prussian ambitions to extend German unification and French fears of the shift in the European balance of power that would result if the Prussians succeeded.

A series of swift Prussian and German victories saw Napoleon III captured and the army of the Second Empire decisively defeated. Following the Siege of Paris, the capital fell on 28 January 1871, the German states proclaimed their union as the German Empire under the Prussian King Wilhelm I, finally uniting Germany as a nation-state. The Treaty of Frankfurt of 10 May 1871 gave Germany most of Alsace and some parts of Lorraine.

The events of the war had great influence on military thinking and lessons drawn from the war included the need for a general staff system, the scale and duration of future wars and the tactical use of artillery and cavalry. The bold use of artillery by the Prussians, to silence French guns at long range and then to directly support infantry attacks at close range, proved to be superior to the defensive doctrine employed by French gunners. The Prussian tactics were adopted by European armies by 1914, exemplified in the French 75, an artillery piece optimised to provide direct fire support to advancing infantry.

This is a detailed examination of the campaign which terminated with the German reoccupation of Orleans. It took the Germans many years to realise the real significance of the stout fight which, after the capture or annihilation of practically the whole of the French Army, the people of France were able to maintain during a severe winter. The German conquest of France and the unification of Germany upset the European balance of power that had existed since the Congress of Vienna in 1815. French determination to regain Alsace-Lorraine and fear of another Franco-German war, along with British apprehension about the balance of power, became factors in the causes of World War I. This study of the Franco-Prussian War formed part of the 'Pall Mall Military Series' devised for British Army officers who wished to make a serious study of their profession. Colonel Hale's argument as to the value of a people's army as auxiliary and supplemental to a fully trained Regular Army looks particularly interesting in the light of the Great War's recruitment, conscription and Pals Battalions.