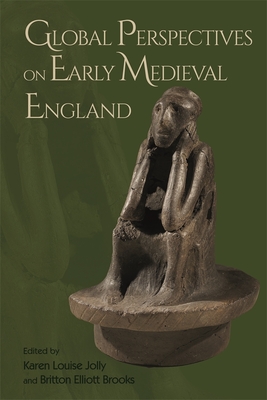 
Not On Our Shelves—Ships in 1-5 Days
(This book cannot be returned.)
Early medieval England as seen through the lens of comparative and interconnected histories is the subject of this volume. Drawn from a range of disciplines, its chapters examine artistic, archaeological, literary, and historical artifacts, converging around the idea that the period may not only define itself, but is often defined from other perspectives, specifically here by modern scholarship.

The first part considers the transmission of material culture across borders, while querying the possibilities and limits of comparative and transnational approaches, taking in the spread of bread wheat, the collapse of the art-historical "decorative" and "functional", and the unknowns about daily life in an early medieval English hall. The volume then moves on to reimagine the permeable boundaries of early medieval England, with perspectives from the Baltic, Byzantium, and the Islamic world, including an examination of Vercelli Homily VII (from John Chrysostom's Greek Homily XXIX), Hārūn ibn Yaḥyā's Arabic descriptions of Barṭīniyah ("Britain"), and an consideration of the Old English Orosius. The final chapters address the construction of and responses to "Anglo-Saxon" narratives, past and present: they look at early medieval England within a Eurasian perspective, the historical origins of racialized Anglo-Saxonism(s), and views from Oceania, comparing Hiberno-Saxon and Anglican Melanesian missions, as well as contemporary reactions to exhibitions of Anglo-Saxon kingdoms and Pacific Island cultures.