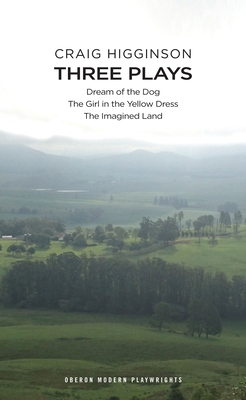 
Special Order—Subject to Availability
The first collection of plays from the acclaimed author and playwright. Includes Dream of the Dog, The Girl in the Yellow Dress, The Imagined Land and The Red Door.
Craig Higginson is an internationally acclaimed writer and theatre director. His novels include Last Summer (2010, Picador Africa, M-Net Literary Award finalist) and The Landscape Painter (2011, Picador Africa, winner of the UJ Prize for South African Literature in English, M-Net Literary Award finalist). His plays include Dream of the Dog, The Girl in the Yellow Dress, The Jungle Book and Little Foot (all published by Oberon Books, London). In addition to awards for fiction, Craig's plays and directing have been nominated for and won several awards in South Africa and the United Kingdom, including winning the Sony Gold Award for the Best Radio Drama in the UK, an Edinburgh Fringe First, as well as Naledi Awards for Best South African Play and Best Children's Play. His plays have appeared at the Royal Shakespeare Company, the National Theatre in London, the Traverse Theatre Edinburgh and the Trafalgar Studios in London's West End.
'This gripping two-hander is a highlight of the Traverse programme. Higginson packs a lot in under the seemingly innocuous guise of a young English woman giving language lessons to a French-Congolese student in contemporary Paris.' Evening Standard on Girl in the Yellow Dress

'Higginson is clearly gifted. He not only filters pressing concerns about race, prejudice and power through a highly charged two-hander, but he wraps it all up in a witty discourse about language itself.' Daily Telegraph on Girl in the Yellow Dress