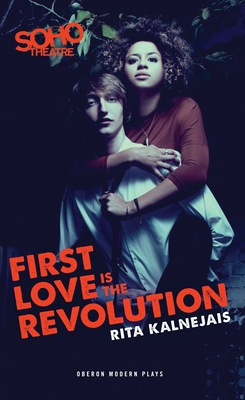 
Not On Our Shelves—Ships in 1-5 Days
"I'm not tame 'cause I want to be with you." Basti and Rdeca are pulling all-nighters. When their paths cross, the sparks fly and an impossible bond spirals dangerously out of control. Rita Kalnejais's audacious new play directed by Steve Marmion is a Soho Theatre commission written whilst on attachment to the Soho Six.
Rita Kalnejais studied acting at Victorian College of Arts, graduating in 2001, and has worked extensively as an actor at Belvoir, Griffin, Malthouse and Sydney Theatre Companies. Rita's first play, BC, was nominated for three Greenroom Awards including Best New Australian Play. Her short plays, Whistling In Bed and How To Get Very Clean were performed at Sydney Theatre Company as part of 2010 Rough Draft and 2011 Next Stage seasons. In June 2013 Tom Littler directed a reading of Whistling In Bed at Theatre503. In 2012 her play Babyteeth had a successful season at Belvoir Theatre and was then produced and performed by the State Theatre Company of South Australia this year; both productions enjoying great critical acclaim.