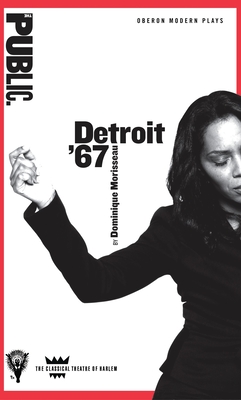 It's 1967 in Detroit. Motown music is getting the party started, and Chelle and her brother Lank are making ends meet by turning their basement into an after-hours joint. But when a mysterious woman finds her way into their lives, the siblings clash over more much more than the family business. As their pent-up feelings erupt, so does their city, and they find themselves caught in the middle of the '67 riots.
Detroit '67 is presented in association with Classical Theatre of Harlem and the National Black Theatre.

Detroit '67 was awarded the 2014 Edward M. Kennedy Prize for Drama Inspired by American History
Dominique Morisseau is a playwright and actress. Her literary work has taken many forms and she was featured in the New York Times best-selling short-story collection, Chicken Soup for the African American Soul. Dominique is a Jane Chambers Playwriting Award Honouree, a two-time NAACP Image Award Recipient, a two-time nominee for the Wendy Wasserstein Prize in Playwriting, and a two-time PONY Award nominee. Oberon Books published her Sunset Baby, which ran at London's Gate theatre in 2012.