John Stark of Rogers' Rangers: a Famous Ranger and His Associates During the French & Indian War: The Life of General John Stark of New Hampshire by (Paperback) 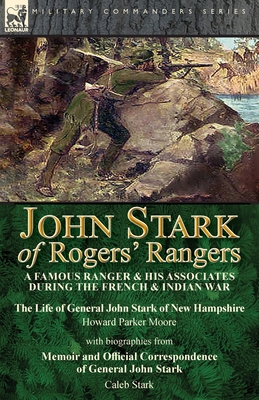 John Stark of Rogers' Rangers: a Famous Ranger and His Associates During the French & Indian War: The Life of General John Stark of New Hampshire by (Paperback)

The early military career of a great American soldier and patriot

Students of the history of the American War of Independence will be familiar with Major-General John Stark of the Continental Army who served at Bunker Hill, Trenton, Princeton and notably at Bennington, 1777. However, in common with many American soldiers of his period, he had once been a soldier of the British Army. More interestingly he joined the elite rangers, serving with Robert Rogers, and it is this period of his life which forms the focus of this book. After a period of captivity with the Abenaki tribe when he was 24 years old, Stark was eventually ransomed and he and his brother, Will, joined Rogers Rangers. Stark's abilities led to his promotion to lieutenant and he served with the Rangers through the French and Indian War, including at the famous ambush that became known as 'The Fight on Snow-shoes' in 1757 and at the Battle of Carillon (Ticonderoga). He became second in command of the Ranger companies, retiring with the rank of captain in 1759. No library of the Rangers will be complete without this unique Leonaur edition, which has drawn together valuable information on Stark and his associates during this period.

Leonaur editions are newly typeset and are not facsimiles; each title is available in softcover and hardback with dustjacket.