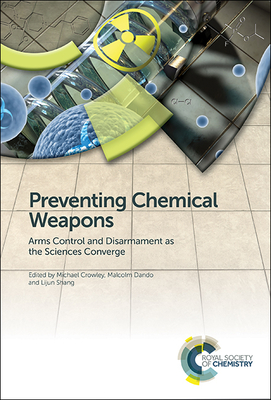 The life and chemical sciences are in the midst of a period of rapid and revolutionary transformation that will undoubtedly bring societal benefits but also have potentially malign applications, notably in the development of chemical weapons. Such concerns are exacerbated by the unstable international security environment and the changing nature of armed conflict, which could fuel a desire by certain States to retain and use existing chemical weapons, as well as increase State interest in creating new weapons; whilst a broader range of actors may seek to employ diverse toxic chemicals as improvised weapons. Stark indications of the multi-faceted dangers we face can be seen in the chemical weapons attacks against civilians and combatants in Iraq and Syria, and also in more targeted chemical assassination operations in Malaysia and the UK.

Using a multi-disciplinary approach, and drawing upon an international group of experts, this book analyses current and likely near-future advances in relevant science and technology, assessing the risks of their misuse. The book examines the current capabilities, limitations and failures of the existing international arms control and disarmament architecture - notably the Chemical Weapons Convention - in preventing the development and use of chemical weapons. Through the employment of a novel Holistic Arms Control methodology, the authors also look beyond the bounds of such treaties, to explore the full range of international law, international agreements and regulatory mechanisms potentially applicable to weapons employing toxic chemical agents, in order to develop recommendations for more effective routes to combat their proliferation and misuse. A particular emphasis is given to the roles that chemical and life scientists, health professionals and wider informed activist civil society can play in protecting the prohibition against poison and chemical weapons; and in working with States to build effective and responsive measures to ensure that the rapid scientific and technological advances are safeguarded from hostile use and are instead employed for the benefit of us all.

Professor Malcolm Dando trained originally as a biologist (BSc and PhD at St. Andrews University, Scotland). After post-doctoral studies in the United States (University of Michigan and University of Oregon) he held UK Ministry of Defence funded fellowships in Operational Research at the University of Sussex during the 1970s. Since then he has worked on arms control and disarmament, particularly on chemical and biological issues (DSc. University of Bradford). In recent years this work has been focused on awareness raising and education of life scientists regarding dual use and biosecurity, for example in the Royal Society Brain Waves module on Neuroscience, conflict and security and Neuroscience and the Future of Chemical-Biological Weapons, Palgrave, Macmillan, 2015. Dr Michael Crowley is an Honorary Visiting Senior Research Fellow at the Division of Peace Studies and International Development of Bradford University, and is also Research Associate for the Omega Research Foundation. He has worked for 25 years on arms control, security and human rights issues, including with Amnesty International, the Arias Foundation, BASIC, as Coordinator of the Bradford Non-Lethal Weapons Research Project and as Executive Director of VERTIC. He has also previously acted as Chairperson of the Bio-weapons Prevention Project. Dr Lijun Shang is an international lecturer in Medical Science at School of Chemistry and Biosciences, University of Bradford. He is also a senior academic visitor to Department of Physiology, Anatomy and Genetics, University of Oxford, and a visiting Professor to Northwest University, China. During the past two decades, his researches primarily focus on structural and functional studies on ion channel in health and diseases and their physical and mathematical interfaces. Recently this interest is developed onto evaluating the potential toxic effects of nanoparticles, including chemical agents, on human health and diseases, with particularly interests in understanding the underlying mechanism of these effects.