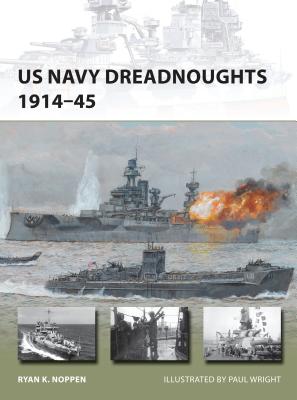 This is book number 208 in the New Vanguard series.

When the United States went to war with Spain in April 1898, few European observers believed the small and relatively inexperienced American navy could achieve a decisive naval victory over an established European colonial power. In less than five months however, two Spanish naval squadrons lay at the bottom of the seas and the once great Spanish Empire ceded its last colonies in Asia and the New World to the upstart Americans. Admiral George Dewey, victor at the battle of Manila Bay, became a demigod in the eyes of the American media and public overnight and the excitement of new conquests overseas breathed new life into the traditional American expansionist doctrine of Manifest Destiny. The American naval hubris that developed in the wake of the Spanish-American War in reality rested on only a handful of modern battleships in a navy that was an obsolescent coastal defense force only ten years before. No one understood this better than Theodore Roosevelt. An expansionist who fought with distinction during the war with Spain and an advocate of the sea power theories of Captain Alfred Thayer Mahan, Roosevelt knew the present American navy was not strong enough to defend American shores against the larger navies of Europe let alone those of a new empire. European powers still skirted the Monroe Doctrine as evidenced by the British-German-Italian blockade of Venezuela from 1902-03 and the Dutch FI Venezuela War of 1908, and the United States was increasingly threatened in the Philippines, Samoa, and the Caroline and Marshall Islands by the imperial ambitions of Germany and Japan. To remedy the lack of naval preparedness for America's sudden emergence as a world power, Roosevelt and the United States embarked on rapid naval building program. To emphasize America's growing naval prowess and to demonstrate his "speak softly and carry a big stick" approach to foreign policy, Roosevelt sent the Great White Fleet, a squadron composed of sixteen battleships (all commissioned after 1898), to circumnavigate the globe, a great technical and logistical feat for the time. As impressive as the spectacle of the Great White Fleet was, all of the ships in it were quickly being rendered obsolescent by the dreadnought-type battleships coming into service in Great Britain and Germany. This did not catch the United States off-guard however for as the Great White Fleet was completing its world cruise, the USS South Carolina, America's first dreadnought whose design pre-dated that of HMS Dreadnought, was already fitting out. By the beginning of World War I, the United States possessed the third largest navy in the world and had ten dreadnoughts in service with four more under construction.
Ryan K. Noppen is a military author and consultant originally from Kalamazoo, Michigan and holds a Master of Arts degree in European History from Purdue University. He has worked as a naval and aviation subject matter expert on projects for the US Navy, taught college courses in military history, and has served as the headmaster of a Classical grammar school. A scholar of Dutch, German, and Central European military history, he has published a major history of Dutch air power and has written several titles for Osprey. He lives in California, USA.

Paul Wright has painted ships of all kinds for most of his career, specializing in steel and steam warships from the late 19th century to the present day. Paul's art has illustrated the works of Patrick O'Brian, Dudley Pope and C.S. Forester amongst others, and hangs in many corporate and private collections all over the world. A Member of the Royal Society of Marine Artists, Paul lives and works in Surrey.