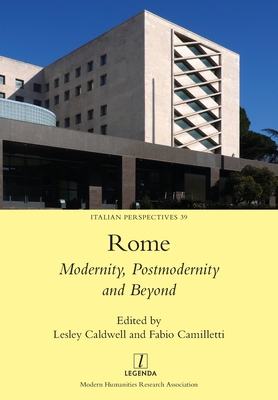 What do we know of the city of Rome, beyond the repertoire of images of universally recognisable monuments? In this new volume, architects, planners, historians, literary and film theorists come together to discuss the city beyond the walls: the city where the majority of Romans live, and the extended city of the Romans themselves. Beyond its heritage status, Rome today is a metropolis facing the same challenges as any major city, yet continuingly shaped by both its imaginary and its real landscape. Particular time periods and lesser-known cultural artefacts are discussed as factors that have made Rome the city it is now, both for those who visit in such large numbers and for those who live there.

Lesley Caldwell is Honorary Professor in the Psycho­analysis Unit, and Honorary Senior Research Associate in the Department of Italian, at University College London. Fabio Camilletti is Reader in Italian at the University of Warwick.