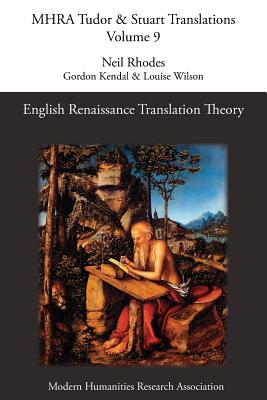 By Neil Rhodes (Editor), Gordon Kendal (With), Louise Wilson (With)


Not On Our Shelves—Ships in 1-5 Days
(This book cannot be returned.)
This volume is the first attempt to establish a body of work representing English thinking about the practice of translation in the early modern period. The texts assembled cover the long sixteenth century from the age of Caxton to the reign of James 1 and are divided into three sections: 'Translating the Word of God', 'Literary Translation' and 'Translation in the Academy'. They are accompanied by a substantial introduction, explanatory and textual notes, and a glossary and bibliography. Neil Rhodes is Professor of English Literature and Cultural History at the University of St Andrews and Visiting Professor at the University of Granada. Gordon Kendal is an Honorary Research Fellow in the School of English, University of St Andrews. Louise Wilson is a Leverhulme Early Career Fellow in the School of English, University of St Andrews.