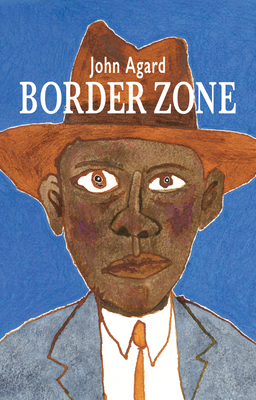 His border territory ranges from Love in a Sceptred Isle, a novella-like narrative poem of a romance between Barbados-born photographer, Victor, and Welsh librarian, Rihannon, told with lyrical tenderness and thought-provoking wit, to Casanova the Philosopher, a sequence of sonnets in the voice of the legendary Venetian philosophically observing 18th-century English ways in a tongue-in-cheek memoir and travelogue.

John Agard has been broadening the canvas of British poetry for the past 40 years with his mischievous, satirical fables which overturn all our expectations. This is a diverse collection where the thought-provokingly mischievous, bawdy and elegaic rub shoulders alongside the sequence The Plants Are Staying Put - with the poet turning overnight lockdown gardener - as well as calypso poems, where the poet puts on his hat as 'poetsonian', a term he coined in the 80s in tribute to the inventive lyrics of the calypsonian.

Poet, performer, anthologist, John Agard was born in Guyana and came to Britain in 1977. His many books include numerous poetry collections for adults and children over a career spanning four decades. He is the winner of the Queen's Gold Medal for Poetry for 2012, presented to him by The Queen in March 2013, and in 2021 became the first poet to win BookTrust's Lifetime Achievement Award. He lives with the poet Grace Nichols and family in Sussex; they received the CLPE Poetry Award 2003 for their children's anthology Under the Moon and Over the Sea (Walker Books).