I Am Batman Vol. 1 (Hardcover) 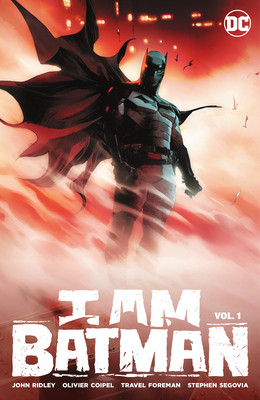 I Am Batman Vol. 1 (Hardcover)


On Our Shelves Now at:
The age of a new Dark Knight starts now!

Spinning out of the events of The Next Batman: Second Son, Jace Fox thrusts himself into action when the Magistrate’s crackdown on Alleytown begins! With his own Bat-Suit, Jace hits the streets to inspire and protect...

The new Dark Knight will have to counterbalance the misinformation and violence the anarchistic Anti-Oracle is spreading and face off against Arkadine, and one Gotham vigilante pays the ultimate price when they're shot down in cold blood. The aftermath of Fear State unfolds in I Am Batman, collecting I Am Batman #0-5!
John Ridley is an American screenwriter, film director, novelist, and showrunner, known for 12 Years a Slave, for which he won an Academy Award for Best Adapted Screenplay. After both writing and directing his film debut, the 1997 crime thriller Cold Around the Heart, Ridley went on to write the novels Love Is a Racket and Everybody Smokes in Hell. His novel Spoils of War was adapted into the film Three Kings. Ridley then became a writer and a supervising producer on the NBC crime drama Third Watch. His other novels are The Drift, Those Who Walk in Darkness, and A Conversation with the Mann.