The Other History of the DC Universe (Hardcover) 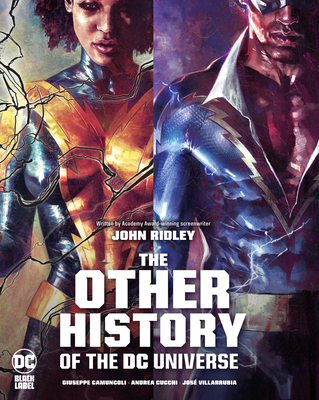 The Other History of the DC Universe (Hardcover)


Not On Our Shelves—Ships in 1-5 Days
Academy Award-winning screenwriter John Ridley (12 Years a Slave, Let It Fall) examines the mythology of the DC Universe in this compelling new graphic novel! Reframing iconic moments of DC history and charting a previously unexplored sociopolitical thread as seen through the prism of DC Super Heroes who come from historically disenfranchised groups, John Ridley goes where no other has gone before!

This unique new series presents its story as prose by Ridley married with beautifully realized color illustrations from a selection of exciting illustrators and comics artists.

Collects The Other History of the DC Universe #1-5.
John Ridley is an American screenwriter, film director, novelist, and showrunner, known for 12 Years a Slave, for which he won an Academy Award for Best Adapted Screenplay. After both writing and directing his film debut, the 1997 crime thriller Cold Around the Heart, Ridley went on to write the novels Love Is a Racket and Everybody Smokes in Hell. His novel Spoils of War was adapted into the film Three Kings. Ridley then became a writer and a supervising producer on the NBC crime drama Third Watch. His other novels are The Drift, Those Who Walk in Darkness, and A Conversation with the Mann.