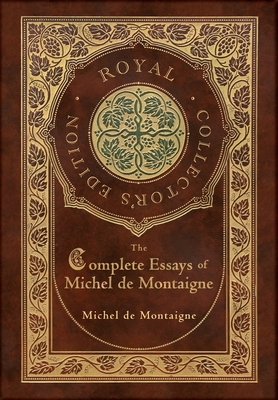 The Essays are contained in three books and 107 chapters of varying length. Montaigne's stated goal in his book is to describe himself with utter frankness and honesty. The insight into human nature provided by his essays, for which they are so widely read, is merely a by-product of his introspection. Montaigne's essay topics spanned the entire spectrum of the profound to the trivial, with titles ranging from "Of Sadness and Sorrow" and "Of Conscience" to "Of Smells" and "Of Posting."

The Essays were written in Middle French and were originally published in the Kingdom of France. Montaigne wrote in a rather crafted rhetoric designed to intrigue and involve the reader, sometimes appearing to move in a stream-of-thought from topic to topic and at other times employing a structured style that gives more emphasis to the didactic nature of his work. His Essays were seen as an important contribution to both writing form and skepticism.