The Case for Gold (Paperback) 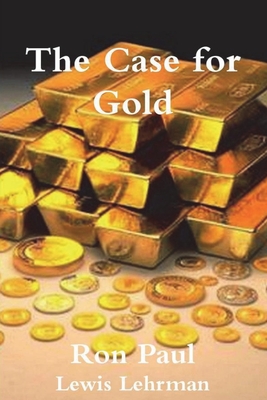 The Case for Gold (Paperback)

This book is a reprint of the report of the US Gold Commission originally published in the Congressional Record. As with all federal government publications, this work is public domain. Paul blamed the Federal Reserve for inflation, and spoke against the banking mismanagement that resulted in the savings and loan crisis. The Gold Commission was his idea, and this marvellous commission minority report was the great result.

Paul and Lehrman worked with a team of economists that included Murray Rothbard, so it is hardly suprising that such a book would result. It still holds up as an excellent blueprint for moving beyond paper money and into the age of sound money. In particular, it favors complete monetary freedom to use any commodity as money, to make contracts in any money, and an end to the monopolization and printing power of the Federal Reserve. There is a strong piece of history in this book. Not since the 19th century has there been such a strong case for monetary reform. This book runs circles around even the experts at the Fed. A dazzling performance indeed, and an inspiring and learned read.