The Gnawer of Rocks (English) (Hardcover) 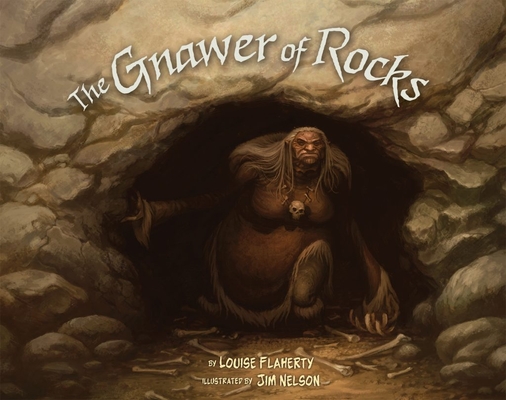 The Gnawer of Rocks (English) (Hardcover)

While everyone is busy preparing for the coming winter, two girls wander away from their camp, following a path of strange, beautiful stones. Each stone is lovelier than the last, and the trail leads them farther and farther away from camp. But what starts out as a peaceful afternoon on the land, quickly turns dangerous when the girls find themselves trapped in the cave of Mangittatuarjuk - the Gnawer of Rocks! Based on a traditional Inuit legend, this graphic novel introduces readers to a dark and twisted creature that haunts the Northern landscape and preys on unsuspecting children

Louise Flaherty grew up in Clyde River, Nunavut. Early on, Louise was fortunate to be surrounded by great storytellers. Her grandparents instilled in her a passion for Inuktitut, and an understanding that speaking Inuktitut is a fundamental part of Inuit identity. In 2005, Louise co-founded Inhabit Media Inc., an independent publishing house dedicated to the preservation and promotion of Inuit knowledge and values, and the Inuktitut language. Inhabit Media has since published dozens of books and Inuktitut resources that are used in classrooms throughout Nunavut.Jim Nelson is a freelance artist based in Chicago, Illinois. He has a lifelong interest in myths, legends, and the fantastic.