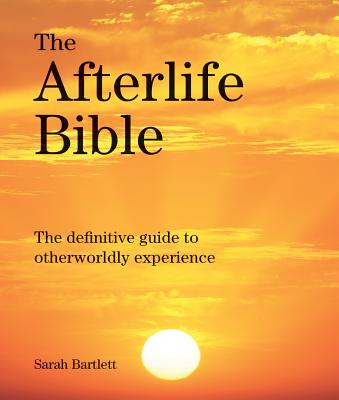 Topics in The Afterlife Bible include:

Throughout history, civilizations have believed in an afterlife. More recently, new parapsychological research, personal reports of near-death experiences, and scientific studies into the nature of energy and matter, have prompted a renewed interest in discovering the truth. The Afterlife Bible is a great start on that journey.

Sarah Bartlett has a Diploma in Psychological Astrology from the Faculty of Astrological Studies in London. She was astrologer for Cosmopolitan Magazine (UK), Prima Magazine, and the London Evening Standard daily newspaper. She is now astrologer for Spirit and Destiny Magazine and SHE magazine. She is the author of World of Myths and Mythology and The Tarot Bible.