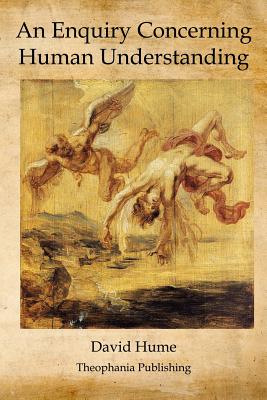 
Not On Our Shelves—Ships in 1-5 Days
(This book cannot be returned.)
Thank you for checking out this book by Theophania Publishing. We appreciate your business and look forward to serving you soon. We have thousands of titles available, and we invite you to search for us by name, contact us via our website, or download our most recent catalogues. Most of the principles, and reasonings, contained in this volume, were published in a work in three volumes, called A Treatise of Human Nature: a work which the Author had projected before he left College, and which he wrote and published not long after. But not finding it successful, he was sensible of his error in going to the press too early, and he cast the whole anew in the following pieces, where some negligences in his former reasoning and more in the expression, are, he hopes, corrected. Yet several writers who have honoured the Author's Philosophy with answers, have taken care to direct all their batteries against that juvenile work, which the author never acknowledged, and have affected to triumph in any advantages, which, they imagined, they had obtained over it: A practice very contrary to all rules of candour and fair-dealing, and a strong instance of those polemical artifices which a bigotted zeal thinks itself authorized to employ. Henceforth, the Author desires, that the following Pieces may alone be regarded as containing his philosophical sentiments and principles.