Talk to My Back (Paperback) 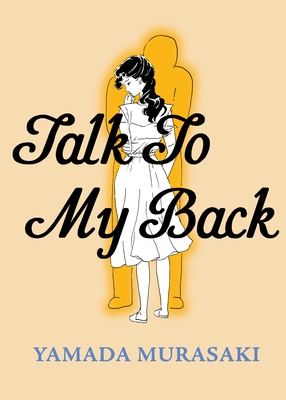 Talk to My Back (Paperback)

A celebrated masterwork shimmering with vulnerability from one of alt-manga's most important female artists.

“Now that we’ve woken from the dream, what are we going to do?” Chiharu thinks to herself, rubbing her husband’s head affectionately.

Set in an apartment complex on the outskirts of Tokyo, Murasaki Yamada's Talk to My Back (1981–84) explores the fraying of Japan's suburban middle-class dreams through a woman's relationship with her two daughters as they mature and assert their independence, and with her husband, who works late and sees his wife as little more than a domestic servant.

While engaging frankly with the compromises of marriage and motherhood, Yamada remains generous with the characters who fetter her protagonist. When her husband has an affair, Chiharu feels that she, too, has broken the marital contract by straying from the template of the happy housewife. Yamada saves her harshest criticisms for society at large, particularly its false promises of eternal satisfaction within the nuclear family—as fears of having been "thrown away inside that empty vessel called the household" gnaw at Chiharu’s soul.

Yamada was the first cartoonist in Japan to use the expressive freedoms of alt-manga to address domesticity and womanhood in a realistic, critical, and sustained way. A watershed work of literary manga, Talk to My Back was serialized in the influential magazine Garo in the early 1980s, and is translated by Eisner-nominated Ryan Holmberg.

Yamada Murasaki (1948–2009) debuted as a cartoonist in 1969. Informed by her upbringing—she was raised mainly by her grandmother—and a background in design and poetry, Yamada’s early work was unique in form and content, offering realistic portraits of young women negotiating complicated family situations and the passage to adulthood. In the late ’70s, after having a family of her own, her work shifted to young mothers negotiating children, husbands, and the balance between social responsibilities as a housewife and self-respect as a woman. Yamada published manga in practically every issue of Garo from 1978 to 1986, and is considered the first cartoonist to use the artistic freedoms of alternative manga to explore motherhood and domesticity with an unromantic eye.

"This early feminist manga follows a suburban Tokyo woman as she navigates her relationship with an emotionally distant husband, her two maturing daughters and the fear of having been 'thrown away inside that empty vessel called the household.'" — The New York Times

“The first English translation of these subtle stories of self-worth and domestic frustration is a revelation.” — The Guardian

"[Murasaki's] pioneering manga—mostly black-and-white and strikingly expressive—was some of the first to realistically confront the difficulties of womanhood, a feat for which she deserves wider, greater recognition." — Booklist, Starred Review

"Murasaki Yamada was one of the most acclaimed and groundbreaking women working in manga. Talk to my Back, serialized between 1981 and 1984, challenged domesticity, patriarchy and women’s roles in Japanese society." — Ms. Magazine

"Yamada’s housewife reminds us that a better future is possible, that even under the crushing weight of patriarchy, capital, everything that makes people casually inhuman to one another, a woman’s small hope just to be herself resounds and will always be beautiful - beautiful enough to love." — The Comics Journal