The City of Belgium (Hardcover) 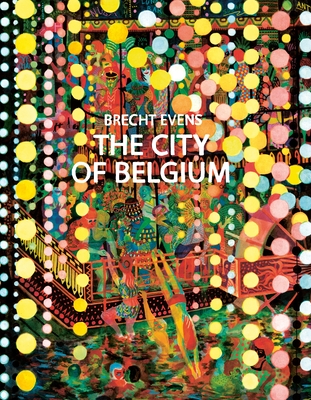 The City of Belgium (Hardcover)

As night falls in the City of Belgium, three strangers in their late twenties—a most dangerous age—arrive at a popular restaurant. Jona is about to move away; he calls his wife, who’s already settled in Berlin, before trying to make plans with friends for one last night on the town. No one bites—they’re all busy or maybe they just don’t want to party—but he’s determined to make this night something to remember. Victoria is lively and energetic, but surrounded by friends and family who are buzzkills, always worrying about what is best for her. Rodolphe glumly considers his own misery and then suddenly snaps out of it, becoming the life of the party. The three careen through the city’s nightlife spots and underbelly, getting ever deeper in the messiness of human existence as they chase pleasure—or at least a few distractions from their daily lives. Each has a series of misadventures that reveal them to be teetering on the edge of despair, of destruction, of becoming the people they’ll be for the rest of their lives. The City of Belgium occupies a place between lucid dream and tooth-grinding nightmare.

Brecht Evens is a cartoonist, visual artist, and musician based in Belgium. His first graphic novel in English, The Wrong Place, was awarded the Prix de l’Audace at the Angoulême Comics Festival.

"Evens is a master of crowd scenes and colour, and his psychedelic symphony bleeds into a pensive, washed-out dawn that suggests that even the wildest trips must end sometime."—James Smart, The Guardian Best Graphic Novels of 2021

"Through it all, the city itself looms as a character, seething with alluring colors and nightclub denizens on the prowl, and the promise of salvation (or damnation)... Fans of Olivier Schrauwen and other... avant-garde comics will be amply rewarded."—Publishers Weekly

"Evens' eye-popping art and unexpected story mimic the feel of a wild night out, with readers never anticipating his next page."—Booklist

"Reading this book from Belgium’s Brecht Evens is like spending a night roaming the streets of Antwerp hopped up on drugs."—London Free Press Top Comics of 2021

"An intoxicating, meticulously painted graphic novel, The City of Belgium is a technicolor carnival, a visual and formal masterwork that confidently upends conventions with its dazzling artistry."—Rain Taxi