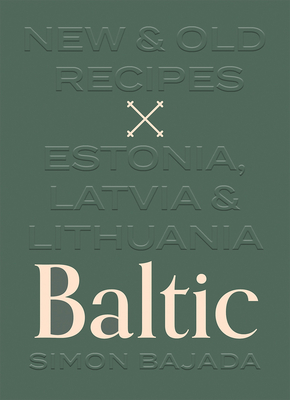 
Special Order—Subject to Availability
Baltic showcases the unique culinary landscape of Estonia, Latvia and Lithuania. Bringing the Baltic's answer to New Nordic to your kitchen, nearly seventy recipes celebrate this wholesome, creative and intensely seasonal cuisine. As well, stunning photography captures the colour and vibrancy of the produce, culture and landscapes as these unique countries reconnect with the past and embrace new promise for the future.
Simon Bajada is an Australian food and travel photographer based in Stockholm with his Swedish wife and two children. He has written two books on Nordic food and has worked in a creative capacity on more than twenty cookbooks, including as photographer for Basque Country by Marti Buckley and Phaidon's Naples and Amalfi Coast. Bajada worked as a chef for nine years, before moving into food styling, recipe development and photography, a space where he is able to apply his many talents, particularly for travel and food photography.
'Simon Bajada's enticing and inspiring cookbook Baltic is an ode to a region that, though influenced by outsiders, remains all its own. Bajada presents the post-Soviet cuisines of Estonia, Latvia, and Lithuania as diverse and responsive. They draw upon tradition, playing with spices from periods of Byzantine trading and tricks learned under Soviet restrictions, but they also shift and change according to the bounty of the farmer's market and the local environment.' - Foreword Reviews