Caring for Your Clown Book One: Aliens are Real (Large Print / Paperback) 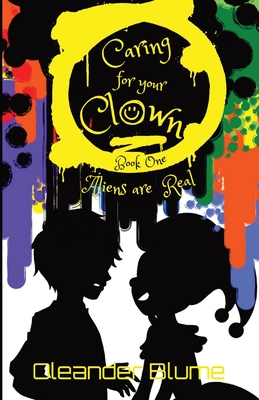 Caring for Your Clown Book One: Aliens are Real (Large Print / Paperback)


Not On Our Shelves—Ships in 1-5 Days
Oliver Tarsul is a mostly average 14-year-old kid; aside from being the unwilling roommate to an interdimensional space clown his step-father solicited to rebuild a portal designed by his recently deceased mother. Things are more than a little complicated. Regardless, dealing with a gelatinous slime monster in the shape of a clown girl named Dindet, while also trying to stay under the radar as the only trans kid in school, proves to be significantly harder than he imagined. But the fallout of his mother's supposed death didn't just bring into question what she was working on and who she was working with. It also brought along with it a part of Oliver's past that he'd rather just forget. His Biological Father.