The Book of Azrael (Gods and Monsters #1) (Paperback) 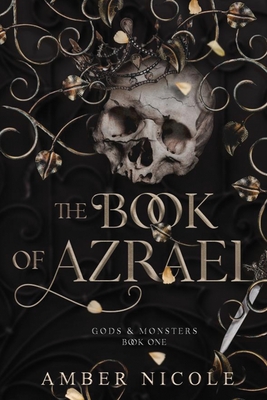 The Book of Azrael (Gods and Monsters #1) (Paperback)

A thousand years ago, Dianna gave up her life in the deserts of Eoria to save her dying sister. She called upon anyone who would listen, not expecting a monster far worse than any nightmare to answer. Now she does what Kaden asks, even if that means securing an ancient relic from the very creatures that hunt her.

In the old world his name was Samkiel. In the new world it is Liam, but one title remains true throughout time. He is the World Ender, a myth to his enemies, a savior and King to those loyal to him. After the Gods War, he locked himself away, hiding from the world. He denied his crown and responsibilities, leaving the very ones who needed him most to deal with the fallout of the death of their homeworld. Now an attack on those he holds dear sends him back to the one realm he never wished to visit again and into the sights of an enemy he thought imprisoned eons ago. Now enemies older than time must put aside their differences and work together in hopes of saving both their world and every realm in between.