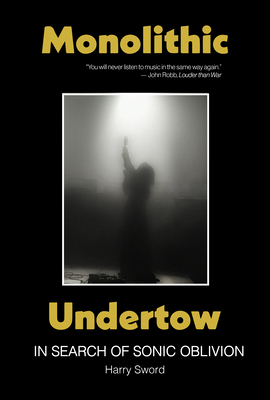 
In Stock—Click for Locations
"An inspired and intuitive navigation of the drone continuum . . . with a compass firmly set to new and enlightening psychedelic truths"-- BECK

In 1977 Sniffin' Glue verbalised the musical zeitgeist with their infamous 'this is a chord; this is another; now form a band' illustration. The drone requires neither chord nor band, representing - via its infinite pliability and accessibility - the ultimate folk music: a potent audio tool of personal liberation. Immersion in hypnotic and repetitive sounds allows us to step outside of ourselves, be it chant, a 120dB beasting from Sunn O))), standing front of the system as Jah Shaka drops a fresh dub or going full headphone immersion with Hawkwind. These experiences are akin to an audio portal - a sound Tardis to silence the hum and fizz of the unceasing inner voice. The drone exists outside of us, but also - paradoxically - within us all; an aural expression of a universal hum we can only hope to fleetingly channel. Monolithic Undertow is the definitive text to explore the music of drone and its related genres. Exhaustively researched this tome will not leave music fans interested in drone, doom, metal, and folk music unsatisfied.

Harry Sword is a Cambridge based writer. He is a contributor to The Quietus, Vice, Record Collector, Munchies and the Guardian. Monolithic Undertow is his first book.