Taking the Stars: Part 1 of the Starchild Series (Paperback) 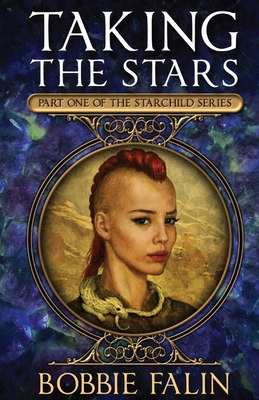 Taking the Stars: Part 1 of the Starchild Series (Paperback)

This is book number 1 in the Starchild series.

Kaphri is a Highborn, destined by her Birthstar to lead, even if it's only the last twenty-six Ly Kai refugees who cower in the tower of Kryie Karth, and even though they have never disguised their unexplained animosity toward her. On the night she is to walk the Paths of Power and gain full access to her starpower, their anger and resentment finally explode in the revelation that her whole life is a lie.

Terrified she is destined for evil, Kaphri vows never to use her starpower again and flees out into an alien world with her tiny dragon companion, Gemma.

But this may not be the best time for her to abandon her only means of defense. The Ly Kai people do not belong to this world and their previous leader, Araxis, did terrible things to prepare it for their arrival. Now its residents want revenge.

When three Geffitz warriors capture her, they believe they have the key to set things right. She doesn't dare tell them she may be the opposite: the means for Araxis to restore his power and renew his reign of terror.