In Search Of Love (Paperback) 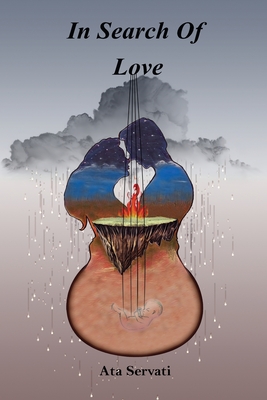 In Search Of Love (Paperback)


Not On Our Shelves—Ships in 1-5 Days
(This book cannot be returned.)
Based on a true story, In Search of Love, recounts a spiraling odyssey of a farm boy, NADER, and his struggle to be who he wants to be. But just as he was about to get to know himself, he witnesses a beating of his mother by his father, tearing in silent in a middle of the night as innocent and hopeless child he called for God to help his mother, just then something had happen that it changed his life forever, it brought him a power of spirituality which changes his life and led him to change many others lives in a later year.

His struggle to adapt to his new life and who he wants to be is a key element of the story. He struggles with who his family and country want him to be. He feels contained, which started in his childhood, just as he was about to lose it, he finds his saver angel, a young Jewish Girl, MARIAM, playing Villain at her house neighboring Nader's. He builds his own secret tree house and sits and watches her for hours and does his homework to see Mariam playing behind her window. Their childish game turned into a joinery of forbidden love and their struggle, and fight that has traveled down a path through their life just to be able to love one another, as human but not a Muslim or Jewish.

His struggle travels down a path of familial obligations, what his own dreams are, and the search for answers to what he was seeing in his dream, and that to be with his forbidden love that is unattainable due to religious beliefs. It dives even deeper into a man's struggle to not only save the woman he loves but his family and country as well. It is through his journey from Iran to America and back to Iran, and his involvement with the revolution that led to philosophical revolutions within him, forever changing himself and others. In Search of Love is a forbidden love story that will stay with you forever.

"In Search of Love" really touches the heart. It involves a wonderful love story about a Jewish girl and a Muslim boy in exotic Iran, including great colorful descriptions of life in Iran in the villages and in the big city Tehran, mind-blowing and heart-wrenching encounters with family, friends, and the government. This book really touches the heart and soul in a big way. It is hard to put down. You want to keep reading one more page, one more page."

I was amazed with the information I got about Iranian revolution and how people gave their lives in a hope for better tomorrow.

What I was mostly touched with was Nader's character. Nader was a very spiritual and passionate person. He had a rare connection with the world that most people don't have - some might be doubtful that it even exists. But, through the telling of his tale, I believed in it. His spirituality and passion for his country and his one true love were heartwarming and inspiring.

I remember that I was in tears several times when I was reading this book. The love that he could not forget from childhood to man hood, the family that he loved so, and all of his journey through his life to get him here and make him the caring person that he is today.