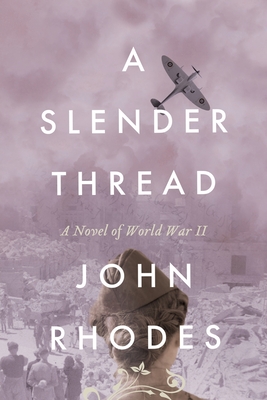 1942: Amid the Siege of Malta, one of the most crucial battles in modern history, only extraordinary courage and willpower can turn looming defeat into victory.

The war in the Mediterranean, 1942: The outcome of World War II hangs, as Churchill says, by "a slender thread." Erwin Rommel, Hitler's "Desert Fox," is poised to defeat the reeling British army in Egypt and thwart America's first operation in Europe. Only the tiny, embattled, half-starved Mediterranean island of Malta stands in Rommel's way. Will heroism and devotion be enough to stave off the implacable forces of Hitler's all-conquering Third Reich and Mussolini's new Roman Empire? And, as the battle rages, the relentless strains of war threaten not only the survival of Malta but also the survival of Johnnie and Eleanor's relationship. Will their future together be yet another casualty of war? John Rhodes, author of the award-winning Breaking Point series, weaves the fictional story of fighter pilot Johnnie Shaux and military strategist Eleanor Rand into the heartbreaking, inspiring historical fabric of World War II.