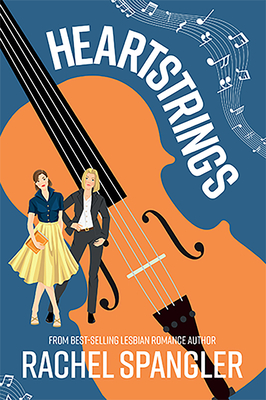 
Not On Our Shelves—Ships in 1-5 Days
Mira Collins has her life together. She's built a solid career as a financial planner, a comfortable home, and an uncomplicated and regimented routine...until her wayward sister, Vannah, shows up unexpectedly and drops a bomb on her orderly world. Ever dependable Mira reluctantly accepts temporary custody of her ten-year-old nephew, Ben, then quickly learns that not all responsibilities can be handled with a color-coded calendar system, and that being a substitute parent is terrifying. There are new skills, stressors, and emotions to contend with, many of which are simultaneously simplified and complicated by Ben's beautiful young violin teacher. Shelby Tanner is fresh out of grad school and eager to start her first job as an orchestra teacher, and although she believes the power of music will enrich her students' lives, she still feels like she's waiting for her own to start. Working harder than ever to make ends meet while struggling to find her feet, she quickly learns that not everything can be handled with a well-tuned instrument or a creative mindset, and that being an adult is terrifying. She's desperate to feel confident and competent, but the world keeps tripping her up. Case in point, her growing attraction to the guardian of her most gifted young musician. Drawn together by their changing circumstances and their mutual affection for Ben, Shelby and Mira learn to lean on each other despite their differences in age, personality, and lifestyle, until Vannah's reappearance threatens to upend everyone's lives all over again. Is attraction enough to sustain opposites without the commonality of Ben between them, or will the beautiful music they've created together fade into silence?