Labeled: Ward of the State (Hardcover) 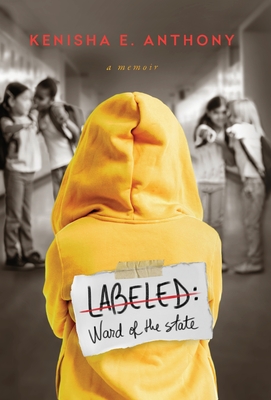 Labeled: Ward of the State (Hardcover)

An abandoned child of drug-addicted parents and Florida's broken child-welfare system, Kenisha E. Anthony was left to wonder if anyone would ever want her. As a young girl, desperate for love and belonging, she bounced from one unstable home to the next, packing only resentment, abandonment, and heartbreak to take with her. Still, Kenisha found her way, ultimately breaking barriers and shattering statistics. Against advice to "just get a GED," she earned both an undergraduate and graduate degree with the aid of tuition exemption per Florida Statute 1009.25(1)(d), a resource for children aging out of foster care. As an advocate for change in the child welfare system, she found her voice in the presence of state legislators and earned a name as a dynamic professional and change-maker in the field of social work.

Kenisha shines a spotlight on life through the lens of a survivor with a vivid portrait of her journey from victim to victor, rising above hardships that could have easily left her defeated and destitute. This is a story of triumph, redemption, and the will to become more than just a Ward of the State. Teeming with vulnerability, candor, and wisdom, this unfiltered reflection of Kenisha's life is, fittingly, more than a memoir. It is a social awareness tool for anyone who's faced adversity, beat the odds, and refused to be labeled.

KENISHA E. ANTHONY is a first-generation college graduate, award-winning foster care advocate, and author. Known for being resilient and bold, she’s an outspoken activist utilizing her experiences to empower others. As a foster care visionary, she starred in the documentary, Foster Shock and has been featured on NPR and in the Miami Herald. Her eye-opening memoir, Labeled, is her debut.