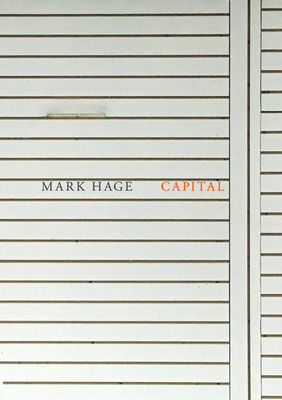 
Not On Our Shelves—Ships in 1-5 Days
A photographic journey behind the opaque storefronts of shuttered retail spaces, and their magical worlds of compositions and modern ruins.

In Capital, Mark Hage reframes the story of gentrification, and in photographic portraits of shuttered retail spaces captures the hidden soul of the city. Exploring the accidental compositions that emerge in the built environment, he invites us to view an alternative to increasingly over-mediated spaces in photographs of what is abandoned, altered, left behind, gutted.

Mark Hage, long based in New York's SoHo neighborhood, has taught at Harvard, Yale, and Parsons on the narratives of structure and form from ancient times to the present; and spoke at the New Museum on the intersection of creative forces. His work has appeared in NOON, Lit Hub, and A Public Space, where he is a contributing editor.