Silence in the Echo (Paperback) 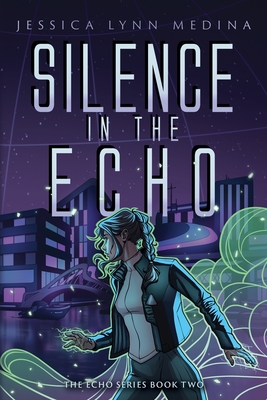 Silence in the Echo (Paperback)

The magnetic and thrilling sequel to Jessica Lynn Medina's Echo Through the Stars.

Choose them. When the time comes, you choose your people. It always has to be them.

After driving out the corrupt human Federation and halting the devastating war with Earth, Avery now struggles to find solid footing in Echo's newly formed government.

When her powers are stripped by the very extremists who helped her master them, conflict reignites between the planets, putting everything she's fought for, and everyone she cares for, at risk. Avery returns to the planet she once called home to look for help among the Reange refugees who dwell beneath Earth's surface.

She finds a powerful man who agrees to help her - with certain conditions. Ignoring the protests of Finn and her crew, Avery accepts. If she ever hopes to return to Echo and save its future, she must play his games in his realm, no matter the cost.

But Avery may not discover the price until it's too late. When faced with a heart-wrenching choice, where will loyalties lie?