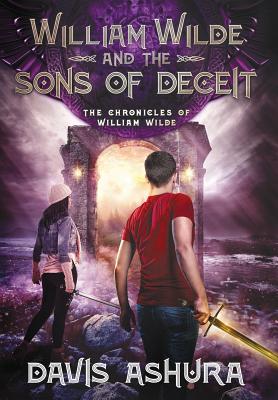 This is book number 4 in the Chronicles of William Wilde series.

The Chronicles of William Wilde continues

The raid on Sinskrill was a success, but the battle is only just beginning. William realizes the stakes at hand. He still has to find a way to prevent Lord Shet, the god of the mahavans, from returning to Earth from the faraway world of Seminal. If he doesn't, Arylyn will be destroyed.

But strange visions plague his mind: an albino monster who infects William with anger. It is Sapient Dormant, the Overward of the necrosed and tasked by Shet to recover a long lost talisman of power. The Servitor of Sinskrill also advances his own plans. He's learned Arylyn's location and will do whatever he can to bring a crippling blow to the magi.

Serena struggles with her own path, torn between loyalty and love for William and a desire to see her family safe. Rukh and Jessira seek to provide balance to the magi. Only they have the skill and training to keep Arylyn safe. But their memories of their shared past life on Arisa remain fragmented, and their greatest allies, their Kesarins--Aia and Shon--are nowhere to be found.

And on Seminal, Lord Shet schemes, certain of his coming victory.