Hazy Shade of Winter: My Dysfunctional Life as a Functional Alcoholic (Paperback) 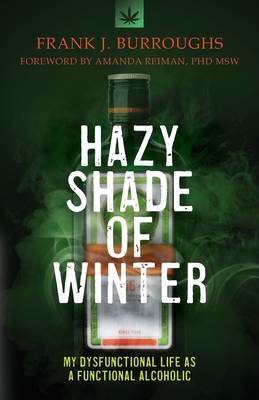 Hazy Shade of Winter: My Dysfunctional Life as a Functional Alcoholic (Paperback)

Ever wake up after a night of boozing with thunder raging in your head and you can't remember a thing? This guy did it every day.

Meet Frank Burroughs, a self-proclaimed "professional" alcoholic for more than thirty years. Born into a family of problem drinkers, Frank started his drinking career in high school, and it quickly became his favorite pastime.

Follow along as those youthful partying days morph into something altogether ruinous.

In vivid and often embarrassing detail, Frank describes the rapid progression of his addiction and the circumstances that led him to spend more than $10,000 a year on alcohol.

Despite acquiring the finely honed skills of a seasoned alcoholic, three decades of heavy drinking were not kind to Frank, his body, or his health. After hundreds, perhaps thousands, of failed attempts at getting sober, Frank dashed out a search for "medical marijuana for alcoholism." This was a life-changing moment for a man whose best friend and greatest foe had always been a bottle of booze.

This is an unflinching look at the consequences of extreme drinking. It's the true story of how Frank Burroughs became a chronic alcoholic...and how cannabis saved his life.