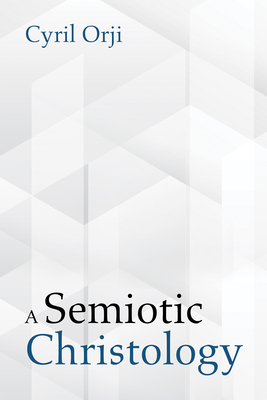 
Not On Our Shelves—Ships in 1-5 Days
This book details how semiotics furthers an understanding of the science of Christology. In the light of the trend towards evolutionary worldview, the book goes beyond description and critically engages the sign system of C. S. Peirce, which it sees as a conceptual tool and method for a better understanding of some of the basic issues in Christology.
Cyril Orji is Professor of Systematic Theology and Core Integrated Study at the University of Dayton, Ohio, USA. He specializes in fundamental and constructive theology, with particular emphasis on the theology and philosophy of Bernard Lonergan, which he brings into conversation with the works of the American pragmatist and semiotician, Charles Sanders Peirce, and the German Lutheran theologian, Wolfhart Pannenberg. He has published numerous journal articles. He has also published several books, including, An Introduction to Religious and Theological Studies 2nd edition (Cascade, 2021), A Science-Theology Rapprochement: Pannenberg, Peirce, and Lonergan in Conversation (2018), A Semiotic Approach to the Theology of Inculturation (Pickwick, 2015), The Catholic University and the Search for Truth (2013), and Ethnic and Religious Conflicts in Africa: An Analysis of Bias and Conversion Based on the Work of Bernard Lonergan (2008). He has a forthcoming book, Unmasking the African Ghost: How to Overcome the Nightmare of a Failed State (2022).