Androids: The Team that Built the Android Operating System (Paperback) 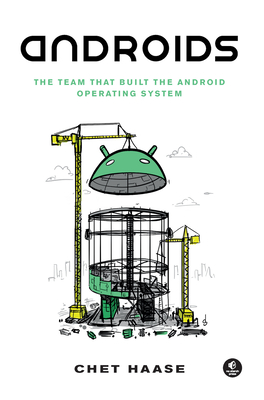 Androids: The Team that Built the Android Operating System (Paperback)


Not On Our Shelves—Ships in 1-5 Days
The fascinating inside story of how the Android operating system came to be.

In 2004, Android was two people who wanted to build camera software but couldn't get investors interested. Today, Android is a large team at Google, delivering an operating system (including camera software) to over 3 billion devices worldwide. This is the inside story, told by the people who made it happen.

Androids: The Team that Built the Android Operating System is a first-hand chronological account of how the startup began, how the team came together, and how they all built an operating system from the kernel level to its applications and everything in between. It describes the tenuous beginnings of this ambitious project as a tiny startup, then as a small acquisition by Google that took on an industry with strong, entrenched competition. Author Chet Haase joined the Android team at Google in May 2010 and later recorded conversations with team members to preserve the early days of Android's history leading to the launch of 1.0. This engaging and accessible book captures the developers' stories in their own voices to answer the question: How did Android succeed?
Chet Haase has spent many years working in high tech companies across Silicon Valley, usually on graphics software. He joined the Android team at Google in 2010, where he has written animation and UI software, led the UI toolkit team, served as Android's Chief Advocate in developer relations, and is now an engineer in the graphics team. He writes books and articles, creates videos and gives presentations, either humorous or technical (often both). This is Chet's sixth book. His other books include two programming books, two humor books, and one slim volume of poetry about donuts.
"Well-written [with] humorous and clever narration . . . highly recommended . . . a must-read book for every developer."
—Joseph Henry, Tech Times

"I highly recommend reading it in order to understand [the] ecosystem of the mobile technology before iPhone and later Android appeared."
—@Farenain