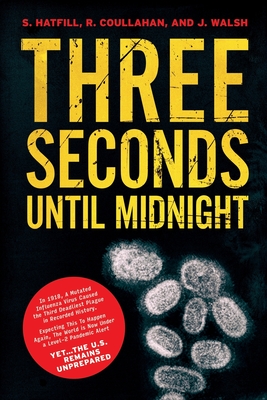 
Not On Our Shelves—Ships in 1-5 Days
(This book cannot be returned.)
In 1918, a strain of the Influenza virus mutated to transform itself into a rampant pulmonary disease, and it became one of the three deadliest plagues ever recorded in human history. It will happen again, it may involve a strain of flu that is worse, and it will involve population densities that were not a factor in 1918. Under the current U.S. National Pandemic Influenza Plan, some 123 million Americans will not have access to a protective vaccine or antiviral drug, until the peak of the epidemic is almost past. This book describes other major faults and assumptions in US planning and it describes several major steps that must be taken to improve readiness for the next major lethal pandemic event.