Modern Man in Search of a Soul (Hardcover) 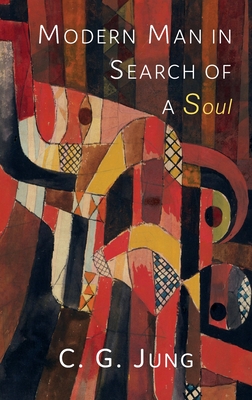 Modern Man in Search of a Soul (Hardcover)

2021 Hardcover Reprint of the 1933 U.S. Edition. Full facsimile of the original edition, not reproduced with Optical Recognition software. Considered by many to be one of the most important books in the field of psychology, Modern Man in Search of a Soul is a comprehensive introduction to the thought of Carl Gustav Jung. The writing covers a broad array of subjects such as gnosticism, theosophy, Eastern philosophy and spirituality in general. The first part of the book deals with dream analysis in its practical application, the problems and aims of modern psychotherapy, and also his own theory of psychological types. The middle section addresses Jung's beliefs about the stages of life and Archaic man. He also contrasts his own theories with those of Sigmund Freud. In the latter parts of the book Jung discusses psychology and literature and devotes a chapter to the basic postulates of analytical psychology. The last two chapters are devoted to the spiritual problem of modern man in aftermath of World War I. He compares it to the flowering of gnosticism in the 2nd century and investigates how psychotherapists are like the clergy.