Something is Killing the Children Vol. 1 (Paperback) 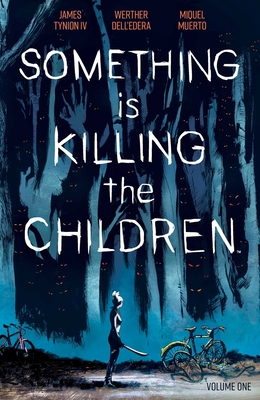 Something is Killing the Children Vol. 1 (Paperback)


Not On Our Shelves—Ships in 1-5 Days
When children begin to go missing in the town of Archer’s Peak, all hope seems lost until a mysterious woman arrives to reveal that terrifying creatures are behind the chaos - and that she alone will destroy them, no matter the cost.

IT’S THE MONSTERS WHO SHOULD BE AFRAID.

When the children of Archer's Peak—a sleepy town in the heart of America—begin to go missing, everything seems hopeless. Most children never return, but the ones that do have terrible stories—impossible details of terrifying creatures that live in the shadows. Their only hope of finding and eliminating the threat is the arrival of a mysterious stranger, one who believes the children and claims to be the only one who sees what they can see.

Her name is Erica Slaughter. She kills monsters. That is all she does, and she bears the cost because it must be done.