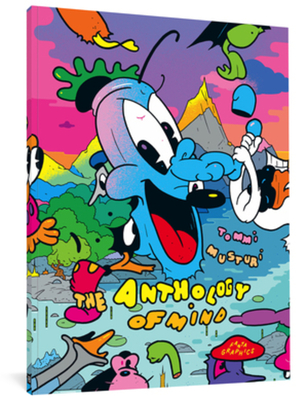 This is an anthology of wildly experimental exercises in comics form, content, and style.

This is a boundary-pushing collection of short comics stories. Flat, digital candy colors are juxtaposed against lush, fully painted pages; representational naturalism veers into wildly surreal abstraction; pixelated panels are interrupted by swaths of bold chiaroscuro. Musturi subverts readers' expectations, over and over again, of how style dictates form, and in doing so, also challenges himself.

Born in 1975, Tommi Musturi is a Finnish cartoonist, illustrator, graphic designer, and artist. In addition to his current ongoing series Walking with Samuel and The Books of Hope, Musturi contributes to the studio Kutikuti based out of Helsinki, which creates, publishes, and teaches comic art. Seeing that there was an unmet demand, Musturi co-founded Huuda Huuda in 2006 to translate international comics into Finnish, publish local comic artists, and get the word out about the vibrant Finnish scene by anthologizing the work in English. Musturi currently resides in Tampere, Finland.
"Musturi's striking aesthetic keeps you just off balance and always at attention. The experience is as unexpected as it is stimulating:"
— A.V. Club