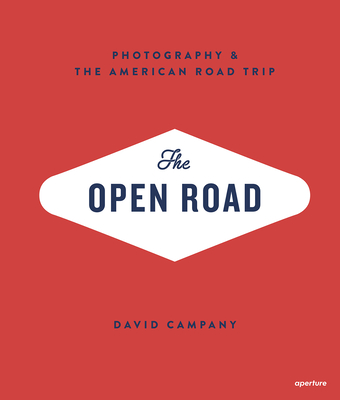 
Special Order—Subject to Availability
The road trip is an enduring symbol in American culture. Ever since cars became widely available, the road stretching over the horizon has represented a sense of possibility and freedom, discovery and escape--a place to get lost and find yourself. The American road trip has appeared prominently in literature, music, and movies, but it has had an especially powerful influence on photography. As photographers have embarked on trips across the United States with the express purpose of making work, they have created some of the most important photographs in the history of the medium: from images by Walker Evans, Henri Cartier-Bresson, and Berenice Abbott to Robert Frank's seminal 1950s odyssey, The Americans. From Stephen Shore to Ryan McGinley, hundreds of other photographers have continued the tradition.
The Open Road is the first book to explore the photographic road trip as a genre. It opens with a comprehensive introduction, which traces the rise of road culture in America and considers photographers on the move across the country and across the century, from the early 1900s to present day. Each chapter explores one body of work in depth through informative texts and a portfolio of images, beginning with Robert Frank, and including such renowned work as Garry Winogrand's 1964, Joel Sternfeld's American Prospects, William Eggleston's Los Alamos, and Alec Soth's Sleeping by the Mississippi. The Open Road is a visual tour de force, presenting the story of photographers for whom the American road is muse.