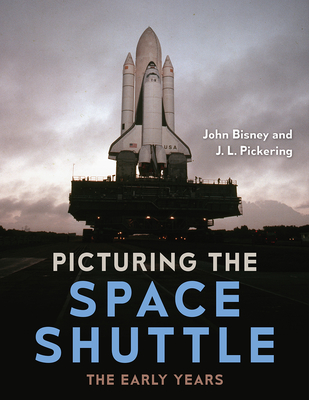 Rare views of the beginnings of the historic space program, selected and presented by two leading space flight authorities

After the excitement of the first Moon landing, the U.S. space program took an ambitious new direction closer to home: NASA's Space Shuttle program promised frequent access to Earth orbit for medical and scientific breakthroughs; deploying, repairing, and maintaining satellites; and assembling a space station. Picturing the Space Shuttle is the first photographic history of the program's early years as the world's first spaceplane debuted.

Showcasing over 450 unpublished and lesser-known images, this book traces the growth of the Space Shuttle from 1965 to 1982, from initial concept through its first four space flights. The photographs offer windows into designing the first reusable space vehicle as well as the construction and testing of the prototype shuttle Enterprise. They also show the factory assembly and delivery of the Space Shuttle Columbia, preparations at the major NASA field centers, and astronaut selection and training. Finally, the book devotes a chapter to each of the first four orbital missions, STS-1 through STS-4, providing an abundance of seldom-seen photos for each flight.

Mostly selected from J. L. Pickering's personal archive, the world's largest private collection of U.S. human space flight images, the high-quality photographs in this book are paired with veteran journalist John Bisney's detailed descriptions and historical background information. The book also includes images of NASA and shuttle contractor booklets, manuals, access badges, and press kits, as well as a foreword by Robert Crippen, the pilot of the first Space Shuttle flight. Picturing the Space Shuttle re-creates the excitement of an era in which the possibilities of space exploration seemed limitless.