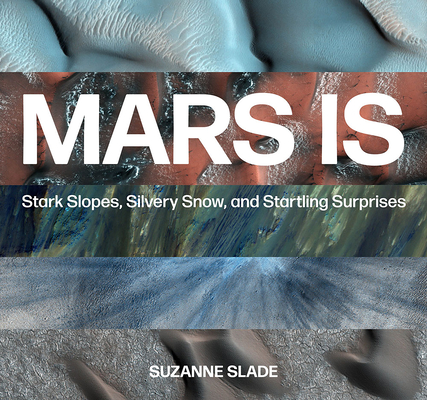 For centuries, people have been intrigued by Mars, and over time, scientists have made exciting discoveries, such as the planet's Earth-like weather and seasons. But curious earthlings want to know more about the Red Planet. Does Mars have deserts? Volcanos? Or signs of life? Could people live there someday?

Scientists decided to take a closer look. They built a powerful camera called the HiRISE (High Resolution Imaging Science Experiment) and loaded it onto a rocket. The rocket blasted off on August 12, 2005, and seven months later, the camera began orbiting Mars. It sent back surprising, revealing photos showing the world what Mars really is. Now, the world's space community and NASA have renewed their exploration efforts, and interest in the Red Planet is in high gear.

With elegant, spare prose, Suzanne Slade leads readers through some of the stunning photos taken by the most advanced camera ever sent to another planet. A visual feast for space enthusiasts and STEAM fans. Features remarkable full-color photography throughout.
Suzanne Slade, a Sibert Honor-winning author, has written over one hundred and fifty children's books. An engineer by degree, she enjoys writing on STEM topics, as well as on inspiring figures in history. A popular speaker, she visits dozens of schools every year and has been invited to speak at numerous conferences such as ALA, IRA, ISLMA, NSTA, as well as the National Book Festival. Suzanne's books are enjoyed by readers around the world and also in space! Her picture book Astronaut Annie was read aboard the International Space Station for Story Time from Space. She lives in Illinois.
★ "Breathtaking. . . this unique look at Mars' terrain has something to offer a range of space explorers, from the April Pulley Sayre set, who like their images with short, expressive text, to older picture-book readers, unafraid of sinking their teeth into some real science. . . The larger, main text is descriptive and poetic, full of satisfying alliteration and consonance. . . . Each phrase is perfectly paired with its dramatic photo, while the paragraphs offer facts and fascinating statistics. . . . Informative back matter." —Booklist, Starred Review

"Successful at creating a sense of curiosity and wonder."—The Horn Book