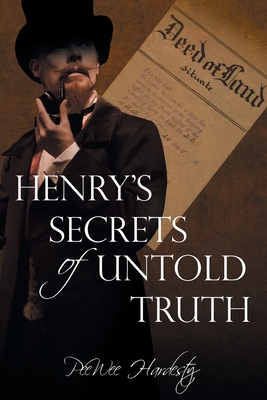 
Not On Our Shelves—Ships in 1-5 Days
(This book cannot be returned.)
In the late 1890s, young newspaper reporters Henry and Hazel team up to find the perpetrators of some shady land deals in several states. One of the men suspected is the governor of Arkansas, though he puts up a good front as the perfect husband and father.The governor's wife and daughter leave home one night to escape his temper and greed. The governor's wife starts a new life miles away. It seems this perfect family has plenty of secrets to hide.A small twister rips up part of Arkansas, and the governor is feared dead. Instead, he is hurt, missing, and has memory loss.Hazel discovers papers that lead to questions that will only hurt her, while Henry overhears a conversation that leaves him with unanswered questions and a lack of trust in Hazel.Making easy money brings the governor and his blackmailer to the same town where his wife is living. Something triggers the governor's memory and little pieces of his life start coming back, some good, and some dangerous.Hazel and Henry share their information, but Henry knows Hazel is keeping something from him. Henry's Secrets of Untold Truth is a mystery told by two newspaper reporters who have various aspects of the case.

PeeWee Hardesty grew up in the small country town of Union Star, Kentucky. She now lives in Rockvale, Kentucky, which was an old railroad town in the early 1900s. This is her fourth book in the Henry series. The author is retired and loves spinning a good yarn.