With Ash on Their Faces (Paperback) 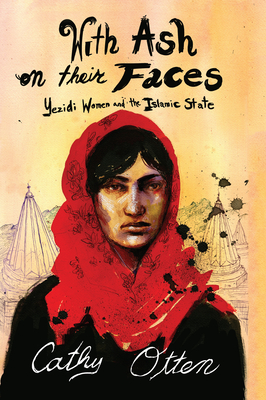 With Ash on Their Faces (Paperback)

ISIS's genocidal attack on the Yezidi population in northern Iraq in 2014 brought the world's attention to the small faith that numbers less than one million worldwide. That summer ISIS massacred Yezidi men and enslaved women and children. More than one hundred thousand Yezidis were besieged on Sinjar Mountain. The US began airstrikes to roll back ISIS, citing a duty to save the Yezidis, but the genocide is still ongoing.

The headlines have moved on but thousands of Yezidi women and children remain in captivity, and many more are still displaced. Sinjar is now free from ISIS but the Yezidi homeland is at the centre of growing tensions amongst the city's liberators, making returning home for the Yezidis almost impossible.

The mass abduction of Yezidi women and children is here conveyed with extraordinary intensity in the first-hand reporting of a young journalist who has been based in Iraqi Kurdistan for the past four years, covering the war with ISIS and its impact on the people of the country.

Otten tells the story of the ISIS attacks, the mass enslavements of Yezidi women and the fallout from the disaster. She challenges common perceptions of Yezidi female victimhood by focusing on stories of resistance passed down by generations.

Yezidi women describe how, in the recent conflict, they followed the tradition of their ancestors who, a century ago during persecutions at the fall of the Ottoman empire, put ash on their faces to make themselves unattractive and try to avoid being raped.

Today, over 3,000 Yezidi women and girls remain in the Caliphate where they are bought and sold, and passed between fighters as chattel. But many others have escaped or been released. Otten bases her book on interviews with these survivors, as well as those who smuggled them to safety, painstakingly piecing together their accounts of enslavement. Their deeply moving personal narratives bring alive a human tragedy.

Cathy Otten is a British writer and journalist based in Iraqi Kurdistan. She writes for a range of publications including the Independent, Newsweek, BBC, TIME, Vogue, Politico, Monocle, the Guardian and the Telegraph. She is a regular commentator on TV and radio, talking about Iraq and the war with ISIS.