Change Your Recipe: Putting Good Ingredients in Your Mind Will Assist in Living a Tasteful Life (Hardcover) 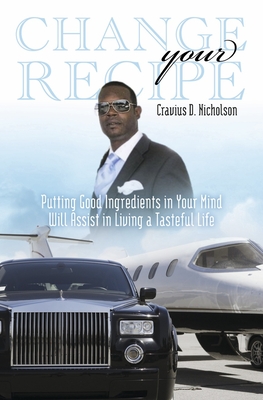 Change Your Recipe: Putting Good Ingredients in Your Mind Will Assist in Living a Tasteful Life (Hardcover)


Not On Our Shelves—Ships in 1-5 Days
This book will take inside a poor young man's mind that was filled with alot of untatsteful ingredients called emotional and mental pain. IN his early years he was a D and F student while witnessing drug dealings, domestic violence, gang banging, gun violence, mistrust, pimping, loyalty, theft and a absent father. Sometimes he escaped from the mental pain, as organized sports became his outlet. His coaches would become an important asset to him as they applied thier hard nose old school tactics that would assist him in overcoming the obstacles of life. As he made his way to college he would take his bad ingredients right along with him. As time went on he got sick and tired of living the untasteful life and began to seek the tasteful one. He soon became attracted to meeting positive people and entrepreneurs that showed him the power of putting good ingredients into his mind. His story can only motivate you to change your recipe because everyone on earth wants to live a tasteful life. Life is what you make it.
Cravius Nicholson taught in the public school system over 12 years on the east coast. He has a B.S. Degree in Health and Physical Education. A Masters in Education and Supervision and a minor in mass communication from the state of Virginia. He has given motivational talks on the east coast over 10 years. He has over 20k hours of community service. He was a D and F student who witness drug dealings, domestic violence, gang banging, gun violence,mistrust, pimping, loyalty, theft and an absent father. Organized sports became his outlet. His coaches became an important asset by applying their hard nose old school tactics. Entrepreneurs showed him the power of putting good ingredients in his mind. So he changed his recipe to a tasteful one in life.