A Finite Introduction To Infinity (Paperback) 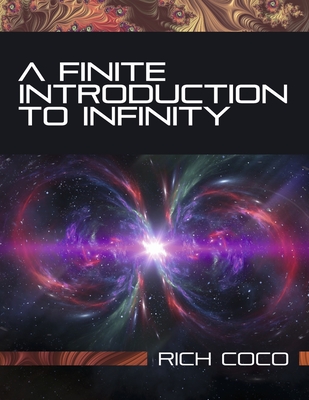 A Finite Introduction To Infinity (Paperback)


Not On Our Shelves—Ships in 1-5 Days
In Mathematics, Infinity is not a thing, it is many things. Transfinite arithmetic produces an infinity of infinities! In fact, Infinity opens up so many degrees of freedom that paradoxical behavior seemingly becomes the norm.

This monograph introduces the reader to this fascinating topic and
submerges him/her into its mysteries and the paradoxes that result from a careful analysis of the Infinite. The monograph culminates with the introduction, and heuristic proof, of the famous Banach-Tarski Paradox.

A background in High School Algebra and Analytic Geometry will be helpful, as such courses get one used to thinking in such terms. But, really, the only "mathematics" required is some fancy arithmetic and an ability to perhaps visualize 3-D rotations in space. Mostly, thinking logically and rigorously should suffice.

It is fitting to proclaim here that everything of interest in this monograph ultimately traces back to the intellectual efforts of one man: Georg Cantor [1845-1918], a famous 19th century German mathematician, is the creator of transfinite set theory and the theory of transfinite numbers.

Cantor remains one of the most imaginative and controversial figures in the long history of mathematics. He was controversial mostly because his work created a major upheaval in mathematics during its day. In fact, some of his peers attempted to prohibit him from publishing his work on Transfinite Set Theory! Such was their fear of its disruption to Mathematics as a discipline. Cantor culminated his life's work in a two volume set [1895 and 1897] referred to as his Beitrage.

Luckily, Cantor's detractors lost their philosophical assault on what they viewed as heretical mathematics. Cantor's influence survives to this day as his research not only established an entirely new field of mathematics, but it also has deep importance in the fields of topology, number theory, analysis, the theory of functions, as well as the entire field of modern logic.

This brief exposition and condensation of some of the fascinating and fun results that flow from a small glimpse into Cantor's world is in his honor.
Rich Coco is a retired "Mathematicaphile", currently residing in the
North Shore area Massachusetts.

After graduating from Woburn High School in May 1970, Rich attended UMass-Amherst that Fall. It was here at UMass that Rich fell hard for both Mathematics and his eventual wife Ida (as fate would have it, in that order). After graduating with a BA-Math degree, Rich was accepted into the Doctorate program (UMass-Amherst) for Mathematics in 1975.

In the summer of 1978, Rich fled the Doctorate program (with a Master's Degree) for a seductive job opportunity at AT&T Bell Laboratories. He always imagined he would continue to pursue his Mathematical interests and finalize his PhD while working. Alas, life, constantly evolving technical direction at work, and an eventual transition into Software Engineering torpedoed any such fantasy.
The final nail in that coffin was an in-house 2-year Masters Degree equivalency program in Software Engineering at ATT-BL.

As he matured as a Software Engineer, Rich eventually left AT&T and worked at numerous startup companies and Enterprises (eg, Cisco, EMC, Schneider-Electric) as a Principal Engineer or Software Architect and had the good fortune to work across many different technology domains: Network Management, Crypto Security, Video Conferencing, and Tele-Medicine; to name a few.

Through it all, Rich never quite got over his fascination with Mathematics. Now retired, he finally gets to re-engage with it. The intention is to write a series of monographs on special topics for the enthusiastic High School student, introducing him/her to topics, concepts, and ideas that they will not encounter in a standard High School curriculum. Though such topics and fields of endeavor are generally not encountered until one studies Mathematics formally
at the college level, Rich believes many of them can be made accessible and comprehensible to an interested and motivated High School student. In this way, the student will get a glimpse into the extraordinary breadth, depth, and beauty of the field of study referred to as Mathematics. This will be a perspective that is inaccessible in the standard test-driven High School Mathematics curriculum.