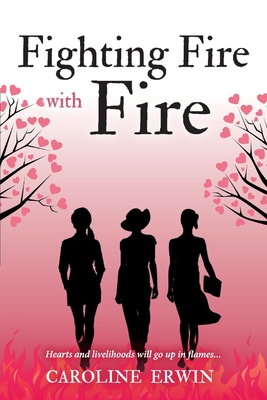 
Not On Our Shelves—Ships in 1-5 Days
Hearts, careers and livelihoods are burning down in the 3rd instalment of the Southgate Trilogy and, being set in 2019, so eventually is the entire east coast of Australia.

But what exactly IS the best way to fight these fires...?

BROOKE - is still trying desperately to extinguish the rumours about herself and Ryan. But when some incriminating photographs surface, she is forced to decide whether to trust the person she loves most or fight to save her long-wanted career instead.

MAGGIE - is attempting to forget about old flame Jamie while he's away in Paris. But will a foolish cat-and-mouse game between the pair finally burn down the years of love and attraction which has spanned the past two decades?

TESSA - feels like she's fighting an uphill battle where her father-in-law is concerned, but what secrets is the racehorse mogul actually keeping? And more worryingly, can they protect their precious racing stables from the devastating fires that are ravaging the state?

Don't miss the third and final instalment of this exciting trilogy!
Caroline Erwin was born in Sydney, Australia and now lives just south of Sydney with her husband,
three children and two dogs. (She has also lived abroad for some years in the UK and New Zealand.) Having completed a degree in 'Advertising and Marketing' in 2000, she has worked for various advertising agencies and in-house marketing roles. However, having had a love for writing since the age of 6, she now tries her hand at becoming an author and has since released three novels - all part of the Southgate Trilogy, as listed below.

Book one - Between You, Me and the Gatepost
Book two - Whistling in the Wind
Book three - Fighting Fire with Fire